A “bullish engulﬁng pattern” consists of a large white real body that engulfs a small black real body during a downtrend. It signiﬁes that the buyers are overwhelming the sellers

After a decline has taken place, the price opens at a lower level than its previous day closing price. Before the close of the day, the buyers have taken over and have led to an increase in the price above the opening price of the previous day. The emotional psychology of the trend has now been altered.

When investors are learning the stock market they should utilize information that has worked with high probability in the past.

Bullish Engulﬁng signal if used after proper training and at proper locations, can lead to highly proﬁtable trades and consistent results. This pattern allows an investor to improve their probabilities of been in a correct trade. The common sense elements conveyed in candlestick signals makes for a clear and concise trading technique for beginning investors as well as experienced traders. 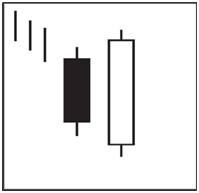 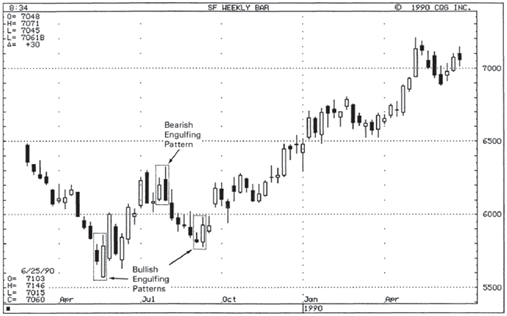 A “bearish engulﬁng pattern,” on the other hand, occurs when the sellers are overwhelming the buyers. This pattern consists of a small white candlestick with short shadows or tails followed by a large black candlestick that eclipses or “engulfs” the small white one. 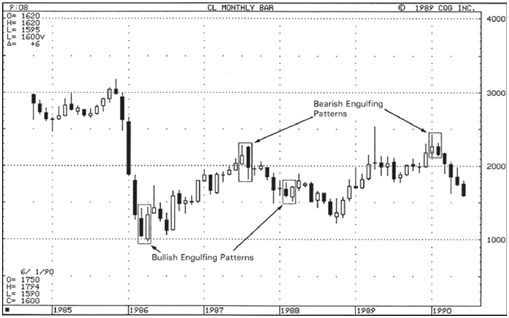