Money ﬂow index takes into account volume action and on the basis of volume action; it attempts to measure the strength of money ﬂowing in and out the security which now a days is also known as smart money ﬂow indicator.

Most popularly MFI indicator is used in two ways 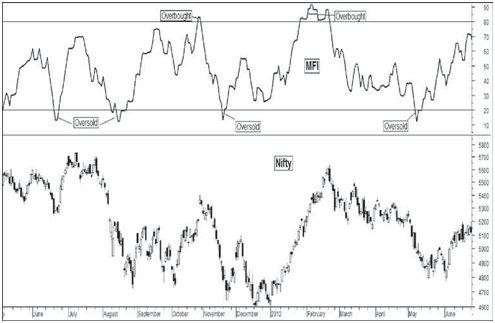 Positive Divergence-are formed when price is making new lows, but MFI fails to break previous lows. This divergence suggests a reversal of trend from down to up. 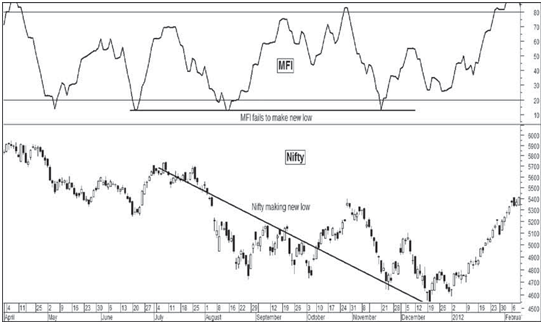 Negative Divergence-are formed when price is making new highs, but MFI fails to make new high. This divergence suggests a reversal of trend from up to down. 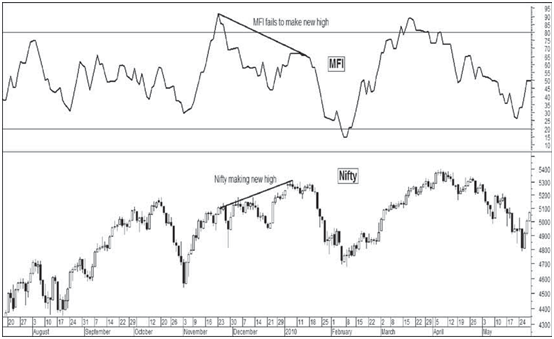