The Stochastic indicator was developed by George Lane. It compares where a security’s price closes over a selected number of period. The most commonly 14 periods stochastic is used.

The Stochastic indicator is designated by “%K” which is just a mathematical representation of a ratio.

Finally these values are multiplied by 100 to change decimal value into percentage for better scaling.

A moving average of %K is then calculated which is designated by %D. The most commonly 3 period’s %D is used.

Most popularly stochastic indicator is used in three ways 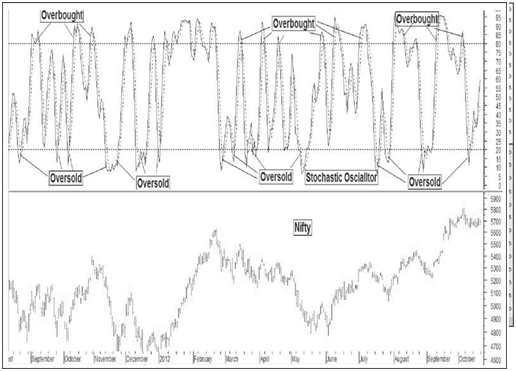 This would be clearer from ﬁgure below 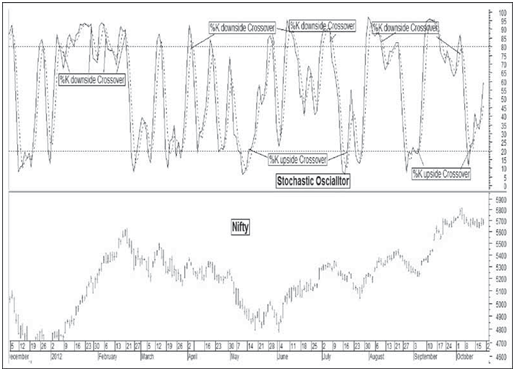 Positive Divergence-are formed when price makes new low, but stochastic oscillator fails to make new low. This divergence suggests a reversal of trend from down to up. This would be clearer from ﬁgure below. 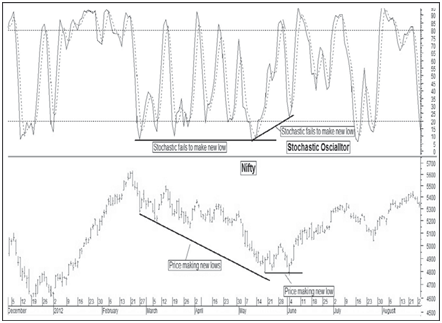 Negative Divergence-are formed when price makes new high, but stochastic oscillator fails to make new high. This divergence suggests a reversal of trend from up to down. This would be clearer from ﬁgure below. 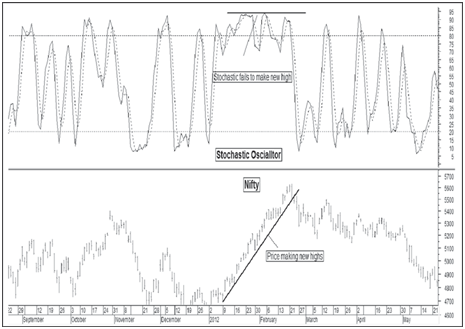